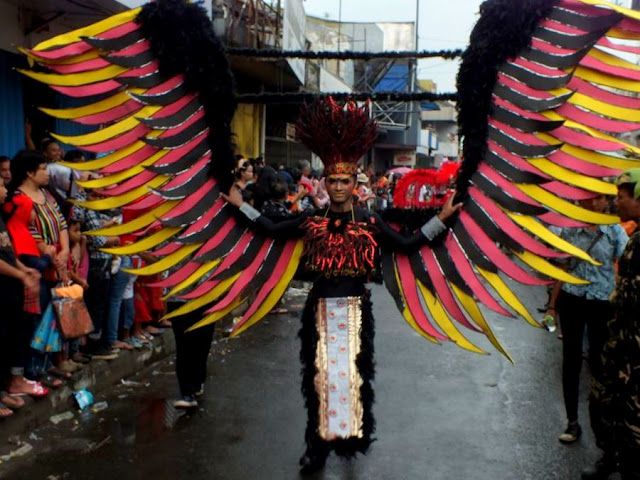 Definitely and I am sure 100% that the above picture was not captured at the famous RIO CARNIVAL. I have never been to the country from where Neymar came. I don’t have enough fund to do that.

He wa snot also an angel came down from heaven. He was just a parade participant.

The above picture was taken in 2016 on Suryakencana Street, at my hometown, Bogor City.

Every year, there is always a Lantern Festival, or in Indonesia it is known as Cap Go Meh Festival.

Although, Chinese ethnic is not majority in the country but they have been given freedom to express their culture and tradition. Even, many cities in the country has adopted this Chinese tradition as the society’s event.

The costume used didn’t also represent the Chinese traditional costume. I am sure it was adopted by someone who had ever seen the RIO Carnival, probably from television.

The appearance of the participant was quite unique and caused thousands of eyes of spectators stared at him during the parade.