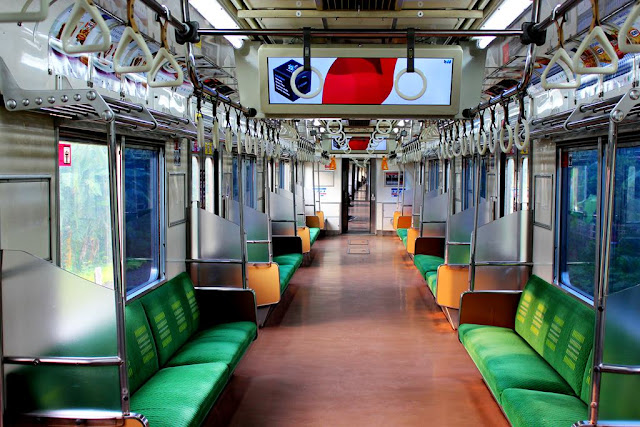 The photo was captured few months ago, 2017 when I tried to join a photo contest held by the commuter train company in Indonesia.

It shows the interior of a passenger cabin on one of the commuter train.

The picture was not sent for the contest and never intended to. The only reason for me taking the picture was because there was a funny feeling inside my stomach seeing empty situation.

The commuter train had become one of favorite transportation around Greater Jakarta as it is cheap and fast. Compared to using private cars, it is more efficient in term of money and also time. No wonder that it is almost crowded.

That’s why I felt so funny to see that many seats were idle and you can even sleep on the couch if you want. The situation is on contrary to its normal situation, especially on peak hours that even to stand up straight is already a difficult task.

Besides, it can also show anybody who has never utilized public transportation and have a bad image about our commuter train to change their mind. It has changed a lot during the last few years and it has become more and more passenger friendly, convenient.