I am not sure what is an angel looks like. However, having seen too many Western movie, I got an impression that an angel has wings on the backside that enables him (or her) to fly.

That is why I named a statue I saw in a housing complex where my brother in law recently bought a house as “A Little Angel Playing Flute” statue. The small feature has wings on his/her back.
It looks that he (or she) enjoys himself by playing a flute, even though I am not sure if in the heaven there is a band or music class.
This is just because as a photography enthusiast I couldn’t stop to record anything, even though many may think it’s just a common statue, an ornamental part of a small and boring garden of a housing complex. For me it’s better to record about what I see than just capturing photos of myself. 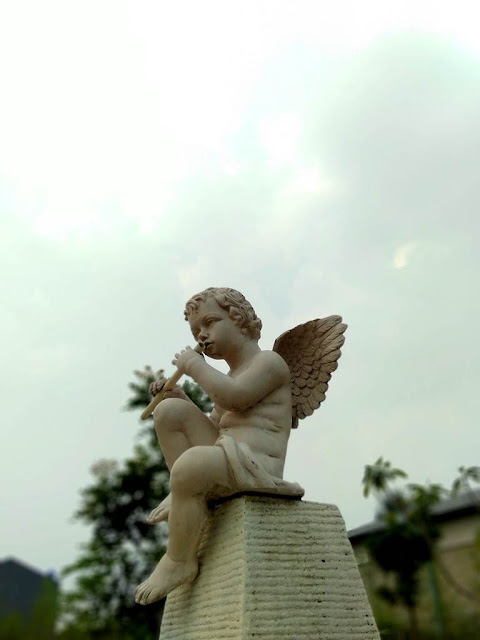 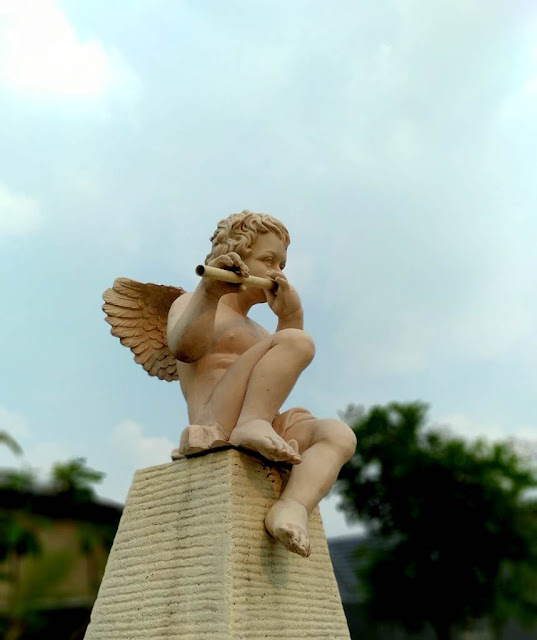 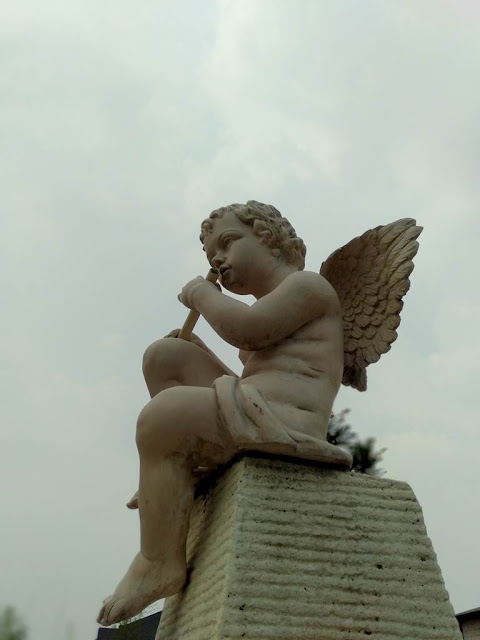 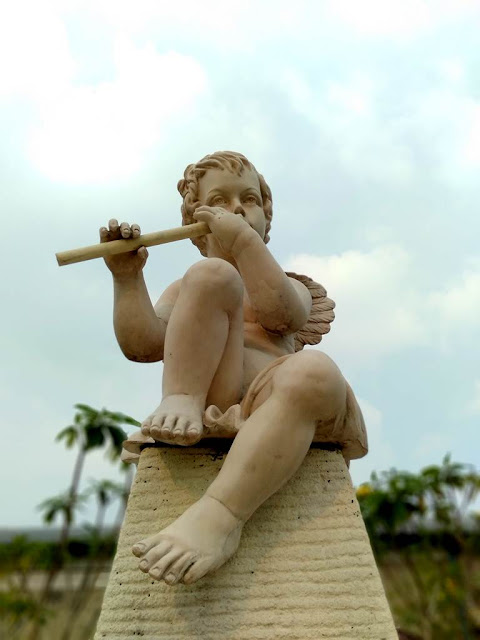 Don’t think it is bad, especially as the photos were shot using just a low-end smartphone camera, OPPO A3s. Perhaps, if they were taken using iPhone or Samsung Galaxy S10, the result may look sharper and brighter. Perhaps, maybe, .. because I never had such high-end gadget.

(Original size of the statue)