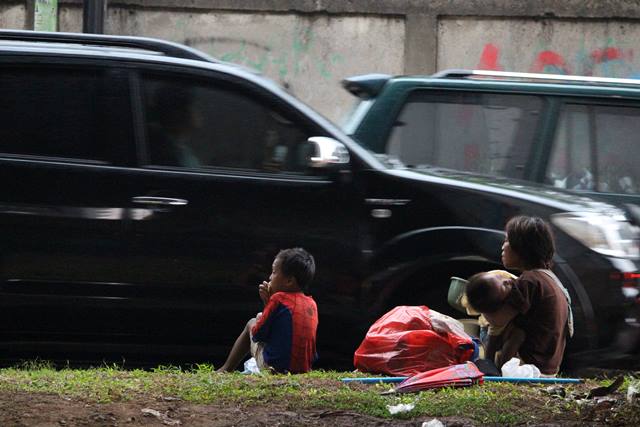 Every profession has working hours. Every. It applies on any jobs people do in the world. Like or not, human beings need a rest everyday to keep them healthy. That’s why there are employment rules in any countries in the world to limit the length of working time for people.

I am not quite sure if the rule makers included a beggar into their consideration when they discussed point by point of the regulation. Because, like also occurs in many countries, beggars are considered into society problems than something related to employment.

However, during my time crawling the street of my hometown, my camera took several pictures that can be a proof that somehow, a beggar has working hours and close of business time.

A lady with her two boys, like you seen on the above photo, was sitting on the roadside of one street. She asked to any cars passing by alms from drivers. Hours , she was seen doing this and several times, she moved to another place . Probably, she looked for more strategic and potential place where drivers could easily throw some changes or coins to the bowl on her hand.

Surprisingly, when the clock showed 5 o’clock, she immediately stood up and did packing to her belonging. She also said something to her elder boy and took his hand asking him to follow her. Then, she walked to another direction of the street. 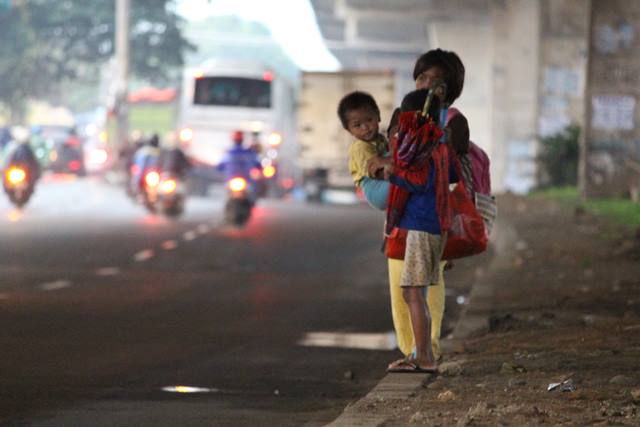 Yap. For many, begging was done by poor people who were in need to enable them to survive. However, times change.

Many people in the country see “beggar” as a profession to earn a living. That’s why newspapers reported about how well the life of some beggars. They have home that sometimes are even more luxurious than working people. Some beggars caught by Social Department were found to hold money more than a yearly income of a labour working in a factory.

Well, the legislators might not even think slightly about beggars when they decided the decent working hours satisfying both labour and company owners. However, it seems that some beggars may have read the rules about working hour limitation for a profession.