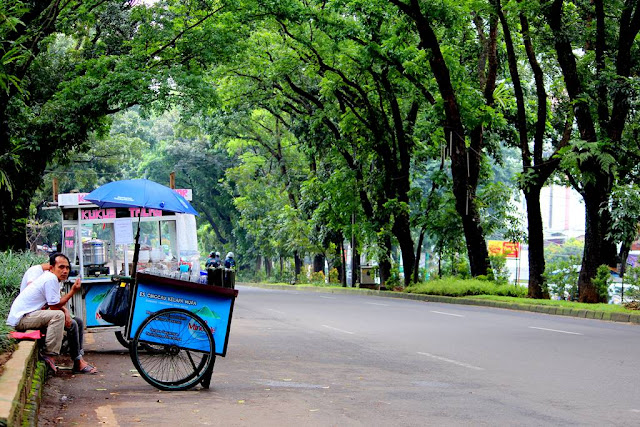 Wrong. Absolutely wrong. If you think that streets are made for cars, motorcyles, or other vehicles, allow me to say, politely, that it is incorrect.

For sure, I know what laws say. I am not too dumb not to be able to read or understand what government often has written on what so called regulation. Definitely, I know that the reason behind why streets are made.

However, the reality shows differently. In many streets in Indonesia, including my hometown, not only cars or vehicles who use streets, road, or whatever the name are. I believe also many members of our society have this kind of thought.

My camera captured many proofs about another fucntion of streets, besides as a place for vehicles to run. Also, one policy, recently announced by the governor of Jakarta, the capital of Indonesia supports it.

Streets can also function as a place to make a trade. To sell and to buy.

The governor of Jakarta, few months ago, announced to close one street in Jakarta and use them to accomodate traders of any kind in Tanah Abang District to do business. He prohibit cars, motorcycles, trucks to make a pass to the street.

So, I believe it’s fair to say that street function has changed a bit, at least in my country, to be where people can sell or buy.