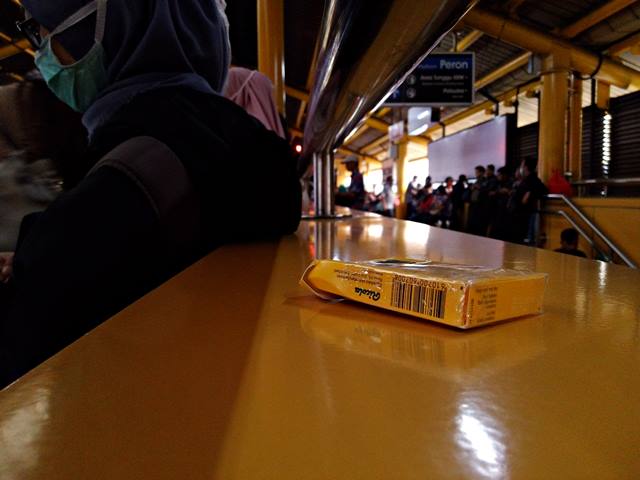 It is just a candy box. Empty. A small thing. There is nothing special about an empty candy box. If there are some candies inside, it may have some value.

Unfortunately, this empty candy box shows quite a big thing. It is about how low environmental consciousness among Indonesians.

This empty box was only 3 meters away of a trash bin. The size is also small enough for any pocket human’s clothes have. However, I found it on one wall in Gondangdia Train Station, Jakarta, Indonesia.

What does that mean?

That means whoever had this candy box is someone who is either too lazy to walk to nearest trash bin or stupid enough that he or she didn’t know where to place this empty candy box.

This is just one example from thousands of example seen in daily life in Indonesia. It really represents the way of thinking of many Indonesians. Littering is somehow considered normal for such small things.