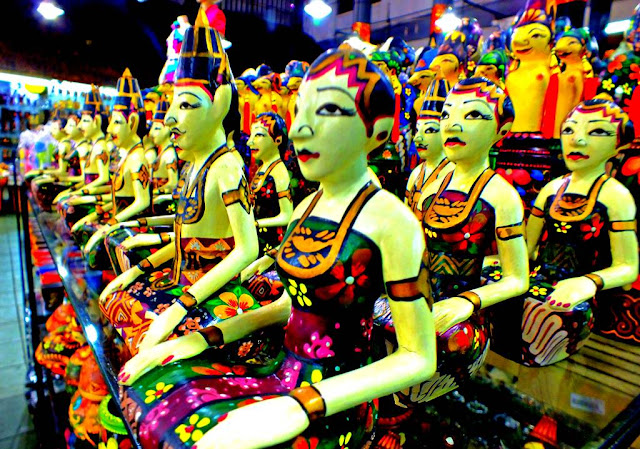 I understand that a culture will influence other cultures. The interaction among people can not be stopped  and each of them bring their own habit inherited from the culture where they live in. Everyone usually will also, consciously or unconsciously try to lure other to adopt their culture.

Therefore, even though I was quite wondering when staring at the Bali’s puppets displayed in one big souvenir store in the island, I immediately realized that perhaps Javanese culture has influenced Bali’s people more than what I have ever thought.

The reason for my thought was because the puppets sold in the store were more like Javanese people than Bali. It is not about the face but the costume. The puppets ‘wore” a “clothe” (actually it was painted) similar to Javanese traditional costume.

I was not a Balinese expert but having seen several shows of Bali’s dance, also having met people from the island, and having read quite  a lot book about culture in Indonesia, the puppets seems not quite representing Balinese.

That was what made me wondering for few moments before taking the picture.

Eventually, the thought disappeared from my mind as another thought raised. It was “if the buyer, mostly tourists were happy with them, then there should be no problem”.

Besides, the puppets can be created based on  Bali people who wear Javanese suits. This is a modern world and it should not be a problem if people from one culture wear clothes from another culture.