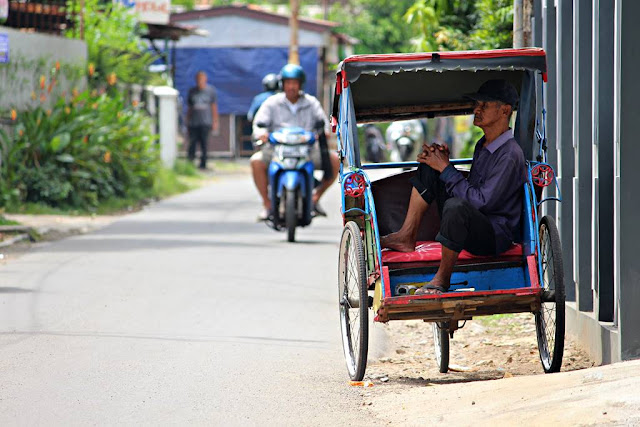 Knowing the fact about the fate of becak, which is near the end, I can’t help wondering what was in the mind of the driver. He was sitting inside becak’s cabin staring at something which I didn’t know what.

Or probably, he was just thinking how to pay for school fee and the raise of staple goods which has been steadily increasing day by day.

But, I think it is possible that he might just think to thank the God for all bless that HE has given to him.

I am not sure.

The only thing that I am certain that I feel grateful and blessed with my condition now. I am not rich but I am not in poverty. I still could play with a camera that costs, probably 4-5 times of the monthly income of the becak’s driver.