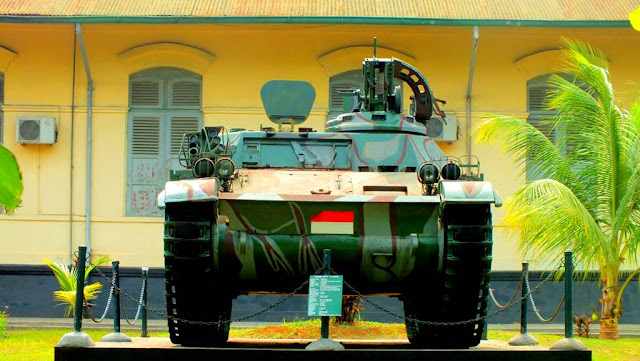 Usually after 20-30 years, each country will have some armaments not usable anymore due to its age or because it doesn’t function properlu anymore. It can be also that the maker do not produce the spare parts for some types anymore.

Then, what should we do with old weapons. Scrap them? Sold them?

Yes, for sure it is one good way to avoid them using too much space and become useless scrap. At least, some small amount can be recovered from the sales.

However, we should still keep some for education for next generation. Like what Indonesia Army do with this vehicle, AMX 13 APC (Armored Personnel Carrier). This French made vehicle served the Army for more than 40 years, since 1970’s and some of them were no longer able to be repaired.

It should show younger generation about one part of history of Indonesia Army. The AMX 13 has taken parts of some historical moments in this country.